Divorce rates are high than ever in the United States. More than 90% of the population gets married before the age of 50. Of those couples, 40 to 50% will divorce. Each subsequent marriage has an even higher chance of divorce. If you are considering or already going through a divorce, you probably feel alone. According to the statistics, you aren't alone at all. However, you may worry you're getting divorced for the wrong reasons or that most people can work through the problems that you have. If these questions haunt you, you may be interested to common reasons why people get divorced in the United States.

Communication- or the lack thereof

You have probably heard it dozens of times: communication is the key. It's as true now as it ever ones. Most people say that divorce is always caused by money or infidelity issues. However, mental health surveys show that poor communication is the number one cause of divorce. When couples stop communicating, it's very hard to start again. Without communication, secrets begin to build, and both people get more and more nervous to start talking.

Think of it like a wall. When the communication first stops, the wall is made of tissue paper. Although it's there, someone can break through it easily. As time goes on, more layers of the tissue paper are added. Next, larger issues come up that aren't communicated. These issues are glass being put up on either side of the paper. You can break the glass if you throw a rock through it, but it's scary because the small pieces of glass will get everywhere and cut you both up in the process.

Instead of breaking through, you ignore the glass and hope it just breaks itself one day. When it doesn't, concrete is poured over both sides of the glass. By then it's too difficult to break. It might be too strong at this point. This is when the couple gives up and calls it quits so they can find someone else who doesn't have a barrier.

Trust and communication tend to go hand-in-hand. The lack of trust makes the communication barrier build much faster. Sometimes people will get married only to find out something terrible about their spouse after the fact. Sometimes the spouse turns out to have an infidelity problem, or something that has nothing to do with the marriage, but it was still kept secret. Trust only takes a second to lose, but a long time to build back up.

Using the wall analogy again, trust is like a brick fortress built around a couple. When trust is broken, it's like a wrecking ball tore town the entire fortress. There is no way to put it all back up at once. The walls have to be built one brick at a time. If it keeps getting torn down before it's even finished, it's very easy to just give up on it altogether.

Humans need to feel successful in their own right. It's common for people to suggest waiting until you finish your education and have a career before getting married and starting a family. This is because once you get married, life gets in the way of dreams all too often. Sometimes people's careers may be put on hold because it's too demanding with small children, and sometimes the person's new spouse doesn't like want their partner out chasing their dreams and leaving them in the dust. Choices that were once simple become emotional for more than just the person making them. When people feel contained in their life, it's natural to try and break free. Sometimes divorce feels like the only way to do that.

Only you can decide if your getting divorced for a good reason. Before you do anything, speak to a divorce lawyer. A lawyer such as Margit M. Hicks, PA Attorney at Law can advise you of your options and proceed with your divorce if that's what you decide to do. 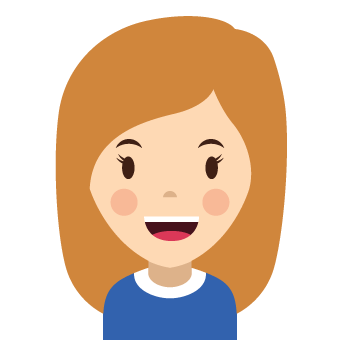